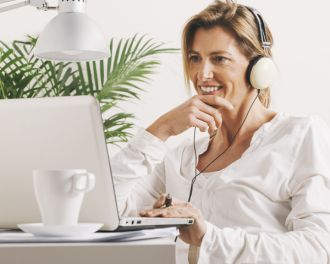 Search by Category and/or Type

There's a wealth of video and audio files exploring opportunities and challenges faced in the past, experienced today, and likely to be addressed in the future while in, transitioning from, and out of military service.

Examine the Role of the Commander in Sexual Assault

On April 2, 2019, the House Armed Services Committee hosted two panels composed of military justice reform advocates, military sexual assault survivors and military Judge Advocates. Congresswoman Jackie Spier made opening remarks, noting that the number of reported sexual assaults in the military continues to rise significantly while prosecutions and convictions have decreased. The American Bar Association along with Protect Our Defenders reinforced their position that until the decision to prosecute is made by independent attorneys and not military commanders with convening authority, there will not be an impartial military justice system free of retaliation and wrongful discharges for military personnel.

Sexual Assault and Harassment in the U.S. Military

A YouTube search of “sexual assault and sexual harassment in the military” provides access to numerous videos addressing this systemic issue within the largest U.S. federal agency and biggest world employer.

view at: Protect Our Defenders »

Scott Jensen, retired Marine Corps colonel and Marine Corps sexual assault and prevention unit, recently became the Chief Executive Officer for Protect Our Defenders, a nonprofit human rights organization advocating for servicewomen and men.  They are focused on military justice reform to ensure an unbiased, more transparent federal agency legal system that operates independently from the civil legal system.  They continue to challenge the Department of Defense’s (the largest employer in the world) efforts to recognize, deter, and litigate sexual assault and harassment within their ranks and to protect victims/survivors of sexual assault and harassment from retaliation and retribution.  Protect Our Defenders offers pro bono legal services.

Part II of the CBS inestgative report on sexual assault at the United States Air Force Academy includes an interview with a former USAFA Sexual Assault Prevention Response official, Teresa Beasley, who served in the office for ten years.

Part I is also posted in the WomenVetsUSA "Media" section.

The current Superintendent of the United States Air Force Academy (USAFA) spoke with CBS News about their two-part investigative report about sexual assault at the school.  Lt. General Silveria stated he was “disgusted” with the reports, but doesn’t believe USAFA has problems handling reported cases.

CBS News investigative reports Parts I and II are posted in the WomenVetsUSA “Media” section.

In Part I of this CBS News investigative report about sexual assault at the United States Air Force Academy (USAFA) current and former cadets share their experiences about reported sexual assaults.

Part II includes an interview with a former USAFA Sexual Assault Prevention Response official who served in the office for ten years.  Part II is also posted in the WomenVetsUSA “Media” section.

USA: Assault in the Military

The Emmy-nominated VICELAND show WOMAN, screened "USA: Assault in the Military," the show's in-depth look into institutionalized sexual assault within the US military, at New York City's Lincoln Center on August 30, 2016. After the screening, Gloria Steinem, a lifelong feminist activist, with Loree Sutton, a retired Army brigadier general and psychiatrist now serving as the New York City's Department of Veterans' Services Commissioner, participated in a moderated livestream discussion "about sexual assault in the military, what's being done to combat the problem, and how survivors are getting help."

Senator Gillibrand reintroduced the Military Justice Improvement Act along with other senators, Protect Our Defenders, Servicewomen's Action Network, Vietnam Veterans of America, Iraq and Afghanistan Veterans of America, and a survivor Samantha Jackson on May 24, 2016, which would take certain criminal offenses including sexual assault out of the military chain of command decision making process and instead, place these complex and difficult decisions in the hands of trained military legal professionals.  The reintroduction is made in the context of misleading information the Pentagon provided at Congressional hearings last year.  The information led Congress to believe that the military change of command has made significant improvements in the military justice system to ensure allegations of sexual assault were professionally addressed to include the elimination of retaliation against victims and that civilian legal entities were less willing than the military to prosecute sexual assault allegations.  Current data reflects that prosecutions are stalled, the judicial process is rife with bias, and a lack of accountability and transparency.  Senators continue to seek White House leadership.

This YouTube channel is hosted by the only human rights organization dedicated to ending sexual assault in the U.S. military--Protect Our Defenders. Videos include military sexual assault survivor stories, news, and other related video uploads.

MST: Beyond the Headlines with Cheryl Jennings

Cheryl Jennings of ABC's "Beyond the Headlines" interviews two male military sexual assault (MST) survivors, the CEO and President of Protect Our Defenders, the Director of Gender Equity & LGBT Rights, and Senior Staff Attorney of the Legal Aid Society-Employment Law Center.  Sexual assault continues to be epidemic in the military and is not gender-specific.  Statistics continue to reflect that more military men than military women are raped during their service.  Continued reform of military law enforcement and justice systems is necessary to provide military members with an impartial and just process that they can access without fear of retaliation. Additionally, accessing MST survivors to physical and mental health care while in the military and as veterans is critical to their lifelong well being and self-sufficiency.

Katie Couric's interviews Jessica, an Army Apache helicopter maintenance crew member, who was assaulted and raped while assigned in South Korea. Jessica shares how she tried to fit into her unit, was not believed when she reported the assault, and ultimately left the Army continuing to struggle with assault and rape and the military's complicity with the alleged crime.

The Truth Behind the Camouflage Documentary

Sexual Assault in the Military

In December 2014, Secretary of Defense (SecDef) Carter released the Department of Defense's (DOD) topline analysis of its annual report on sexual assault in the military.  This follow-up briefing was focused on four new SecDef directives to further strengthen the prevention and response program. The new directives included updating prevention training to include sexual harassment, gender-sensitive care for male and female survivors and development of a DOD-wide strategy to prevent retaliation.

A soldier reports her sexual assault to a female supervisor.  She is forced to choose between military service and what is right.

A soldier reports her sexual assault to a female supervisor.  She is forced to choose between military service and what is right.

The Global Summit to End Sexual Violence in Conflict, 0-13 June 2014 at ExCel London, was the largest gathering ever brought together on this issue, with 1,700 delegates and 123 country delegations including 79 Ministers. The Summit agreed practical steps to tackle impunity for the use of rape as a weapon of war, and to begin to change global attitudes to these crimes. You can read more about the Global Summit here: http://ow.ly/FMRii

Podcast: Under the Radar (Episode 63)

The Scripps Washington Bureau, in an exhaustive, unprecedented review of more than 1,300 military court martial cases, discovered at least 242 convicted military rapists, child molesters, and other sex offenders have fallen under the radar and slipped through what a member of the House Armed Services Committee calls a "gaping loophole" in the system.

These Department of Defense videos address sexual assault in the military.

Our Military’s Disgrace: A Preview of Our Latest Cover Story

Rape in the Military was the headline on a Maclean's cover in 1998—one of four cover stories that year stemming from a nine-month investigation into disturbing behaviour in the Canadian Forces. Now, 16 years later, Maclean's and its sister magazine, L'actualité, are co-publishing another months-long investigation into the sexual violence that still plagues the Canadian military.

The Artemis Rising Recovery Program was inspired by the 2012 "The Invisible War" documentary. Program Director Mylea Charvat and graduates of the recovery program Kate Weber and Victoria Sanders discuss their personal experiences and participation of the recovery program. The program combines a variety of non-pharmaceutical healing methods that are evidence based and highly effective for the treatment of posttraumatic stress disorder (PTSD).  The program is offered free of charge to MST survivors with a generous Artemis Rising Foundation grant combined with individual donations.

Effects of Sexual Harassment/Sexual Assault on the Army Profession: A Victim and Leader Perspective

view at: Center for the Army Profession and Ethic (CAPE) »

A victim of sexual assault as a Private First Class. Her unit's leadership set a standard which she now uses to train and educate her leaders on how to handle these cases. She is sharing her story to help fellow Army professionals better understand the needs of sexual assault victims, in order to eradicate this crime that undermines trust and tarnishes our Army profession.

The documentary, Justice Denied, world premier was hosted at the Albuquerque Film and Media Experience in Albuquerque, New Mexico June 3-9 , 2013.  Servicemen who survived sexual assault in the military share their stories in hopes of raising public awareness of the epidemic, promoting reform of military laws and judicial system, and improving military and veteran health care services.

Narrative: The U.S. Commission on Civil Rights hosts one annual Enforcement Report hearing followed by a report. These three panels testified on January 11, 2013. Public comments were also collected for a few months. Hearing transcripts are posted at: http://www.usccr.gov/calendar/transcripts.php. The final report is projected to be released in September 2013.

The Fight Against Sexual Assault Has Just Begun

Feres Doctrine and the Obstacles to Justice for Military Rape Victims

Military sexual assault victims face a myriad of substantial obstacles. Their judge chooses the jury, and change the charge, reduce the sentence, and overturn a verdict. The judges may not have any legal education, background, or knowledge. Additionally, with the Feres Doctrine, the Tort Claims Act was expanded, banning servicemembers from suing for any injuries that "arise out of or are in the course of activity incident to service." Its "stretch" prevents servicemembers from suing the military, including victims of rape. In essence, servicemembers are blocked from civil courts.

view at: The Invisible War »